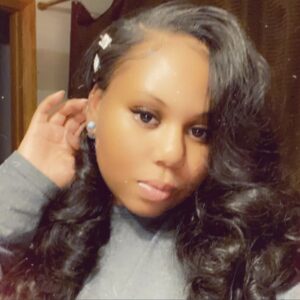 Dejoneè Abreon Davis “Deja” was born August 14th, 1997 in Anderson,IN to Dennis & Oleta Davis. Dejoneè transitioned to her heavenly home August 6th, 2022 after an extended illness. She attended Anderson High School graduating in 2015 & Purdue University receiving her BSN in Nursing in December of 2019. She was currently attending Purdue University pursuing a Masters in Nursing to become a Nurse Practitioner.

In Loving Memory of Laverne Cottrell, 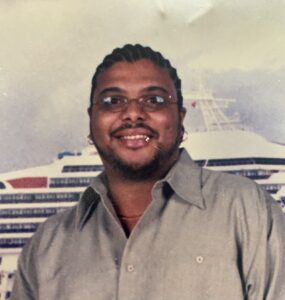 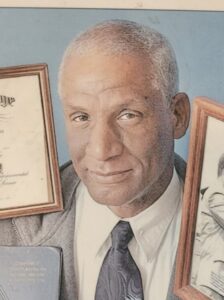 Anthony was born Feb. 10, 1948 to Alfred and Ellen Parran in Detroit, MI. He was Captain of the Crispus Attucks High School 1966 drill team and a US Army Veteran. Anthony enjoyed making furniture, writing books, watching war movies and spending time with family and friends.

Anthony was preceded in death his parents and dog “Coco”.

Service will be at a later date.

In Loving Memory of Lovell Wilkerson 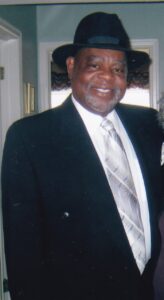 Lovell Wilkerson, age 82, died at home peacefully on August 8, after an extended illness. Born February 28, 1940, in Dallas County, Alabama. Lovell enjoyed giving advice and making people feel good. He was known as “The Man with The Million Dollar Smile.”
Soon after graduating from Anderson High School in 1959, he joined the United States Army. During much of his enlistment he was stationed in Germany. He returned to Anderson in 1962 and was hired by Delco-Remy, a division of General Motors. He retired after 44 years of work in the factory.

The passion to help kids in the community burned strongly for Lovell. This led him to take a part time job as a coach, mentor and program director for the Boys and Girls Club. At The Club, he coached the Netters and the Lady Netters along with Willy “D.T.” Turner. His teams traveled almost everywhere in the United States winning many AAU basketball tournaments. In the mid 1980’s, he took his talents to Anderson High School as an assistant coach for the girls basketball team. Everywhere he coached, players and even parents were automatically enrolled in the Mr. Lovell Life Skills class. Nobody recalls signing up for it, but it seemed like everyone was in it. Another class that he taught for so many nieces, nephews and kids in the community, was driving lessons. There was never a warmup. He just told you to get behind the wheel and said let’s drive.

One day Lovell noticed outside of playing sports a lot of kids at The Club didn’t know how to interact with the world at large. That’s when he founded a co-ed group for teenagers called “The Black Incenturys.” The kids did community service in the neighborhood, attended theater plays at Ball State University and debated important life and cultural issues. The group’s signature event was the annual Variety Show which the kids wrote, produced and performed before a live audience, just like Showtime at the Apollo. Lovell’s goal was to inspire everybody to be somebody. Members of the Black Incenturys were encouraged to live by the group motto which was: Aspiration, Inspiration and Determination.

It’s probably no surprise that Coach Lovell was an athlete when he was young. During elementary school he played on City Championship teams in basketball and baseball. As a 16-year-old Lovell won a Golden Gloves boxing championship during the 1955-56 season. As an adult, he had a reputation for being a crafty point guard when he played in the United Auto Workers Basketball League.

On September 9, 1978, Lovell married his honey, Annie Doris Jones at Friendship Baptist Church. The couple loved to travel and enjoyed spending time with family and friends. In his words, Lovell did all the driving, Annie managed the navigation.
Lovell and Annie’s union created a blended family that includes the following children: Derrick Lindsey (Cheryl) Wilkerson, Simone (James) Wilkerson-Tucker, April (Chester) Wilkerson-Northcross, Dana Wilkerson, Shawn Wilkerson and Donna Shavers. This led to grandchildren: Allen D. Grant ll, Derrick Lovell Wilkerson, Lindsey Wilkerson, Brie Wilkerson, Juwaan Northcross, Evan Northcross, Danielle Pierson, Jackie Gorham Morris and Amber Wilson. The great grandchildren are DeAndre Harris and Audrey Tyler. There is one God daughter Carmeletta Sawyer Abbenhause and a bonus son Ulysses “Liddy” Jackson.
When The Lord came knocking on the door to Lovell’s heart he answered and dedicated his life to Jesus. He was baptized at Friendship Baptist Church. He really loved his church and always looked forward to hearing Pastor Edgar Woodall sing. Joining church opened a bright new chapter in Lovell’s life. Just like he did when playing a game of Spades, Lovell went hard for The Lord and never looked back. He was not shy about telling folks how God had changed his life. He made it his mission to witness to people about the joy that you get from living for The Lord.

Services
Services include a Wake on Thursday, August 18 from 4 pm to 8 pm at Friendship Baptist Church, 1540 W. 16th Street, Anderson, IN. During the Wake there be an open mic for community comments about Lovell from 6 pm to 8 pm. The Homegoing Celebration will take place at the church on Friday, August 19 with a viewing starting at 10 am. The Homegoing Celebration starts at Noon. The Friday service can be seen via livestream at www.glazebrooksfs.com 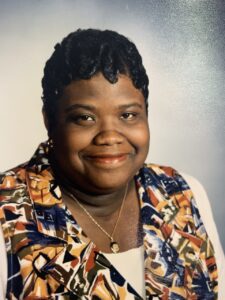 Riena was born Aug. 24, 1976 to John and Betty White in Brooklyn, NY. She was a 1995 Madison Heights High School graduate and employed at McDonalds for 24 years. Riena enjoyed shopping and spending time with family and friends.

Service will be noon Saturday at Glazebrooks Funeral Services, 2822 Nichol Ave., with visitation 3 hours prior to service. 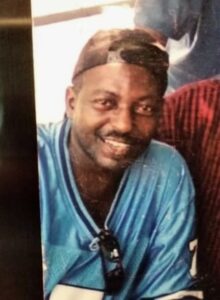 Harold was born Oct. 20, 1959 to Herbert Sr. and Alma Marie Brown in Marion, IN. He enjoyed playing his Bass Guitar and spending time with family and friends.

Service will be noon Friday at Glazebrooks Funeral Services, 2822 Nichol Ave., with visitation 2 hours prior to service.