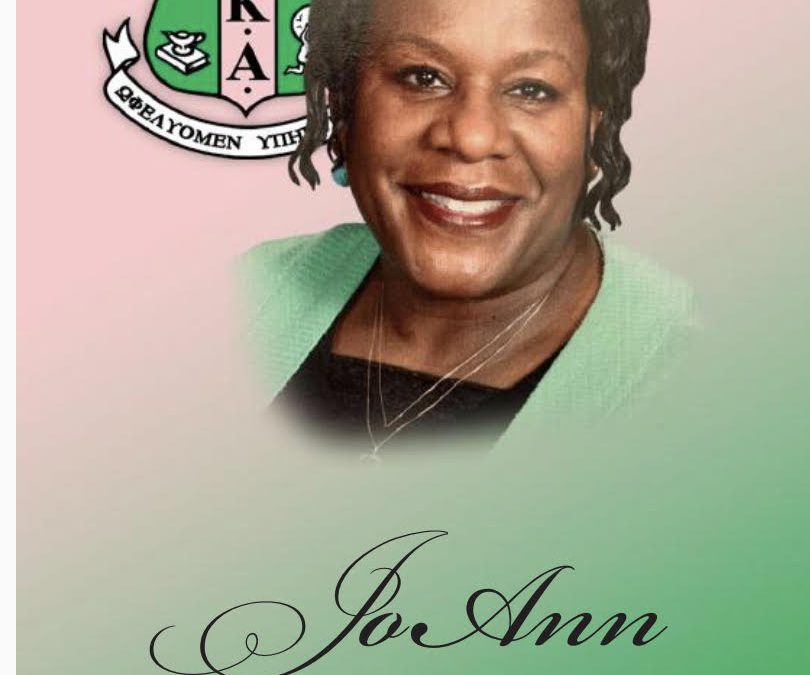 On Friday, April 10, 2020 (Good Friday), JoAnn Lowe Maddox, 63 transitioned from this earthly home to paradise. JoAnn was born on June 30, 1956 in Forrest City, AR.JoAnn graduated from high school in 1974, and then attended Arkansas State University(ASU) where she received a Bachelor of Science in Education (B.S.E.) in the spring of 1978; graduating a semester early with honors.Starting her freshman year in college, JoAnn was elected to Who’s Who Among Students in American Universities & Colleges.While attending ASU, JoAnn participated multiple years as a member of the university’s cheerleading squad where she was credited as becoming only the second African American cheerleader in the school’s history; a year in which she cheered for ASU’s undefeated football team(academic year 1974 – 1975). As well, shewas a proud member of Alpha Kappa Alpha Sorority, Inc.

In 1978, JoAnn moved from Arkansas to Anderson, IN where she lived with her late sister Paulette Hicks in preparation to attend graduate school at Ball State University (BSU). JoAnn married her husband of 8.5 years, Cornelius Maddox in 1979. During this time, JoAnn graduated from BSU receiving a Master of Arts in Education (M.A.E.D.) with a focus on special education. Concurrently, she welcomed her firstborn son, Jarred Maddox into the world in 1981. She welcomed her second son, Jeremy Maddox into the world in 1986.

After receiving her graduate degree, JoAnn gained employment with Anderson Community Schools Corporation (ACSC) where shetaught for 40 years as a special education, and sixth grade social studiesteacher.In her post-teaching retirement years, JoAnn utilized her new-found free time to travel domestic and internationally to see some of the sites she once taught about as a social studies teacher.As well, she made her rounds to support immediate and extended family in all ways; celebrating their milestones.

JoAnn was very active at her church home, Sherman Street Church of God (SSCHOG). There she served as the choir president, a member on the pastor’s anniversary committee, and a former member on the Board of Elders. She made lifelong friends at SSCHOG, and always enjoyed the trusted fellowship of her dearest friends Carolynn Barr, and Darlene McGough.

JoAnn was a vibrant human being and life was always a gift she fully appreciated. Her life was defined as a determined daughter, a proud mother, a dedicated teacher, an honest sister, a devout Christian, a dependable aunt, and a dear friend.

Private service will be held at noon Monday with Pastor Reagan Mitchell, officiating and Interment to follow at Maplewood Cemetery.

The Maddox family plans to host a memorial service for JoAnn open to the public in the future.