In Loving Memory of Maggie Williams 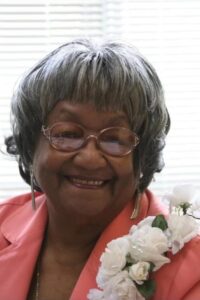 Maggie was employed by Delco Remy of General Motors as a skilled trades tool and die maker.

Service will be noon Monday at Anderson Zion Baptist Church, Rev. J. T. Menifee St., with officiation by Rev. Victor Richardson and Eulogy by Rev. Dr. Henry Johnson. Viewing from 10am to noon prior to Service