In Loving Memory of Raymond Glover 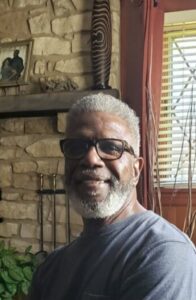 Ray was preceded in death by his parents Raymond and Dorothy Anderson; brothers Steven, Walter, and Kenny Anderson and sister Cecilia Anderson.

Service will be noon Thursday at Bethesda Missionary Baptist Church, 2124 Cedar Street, with visitation 2 hours prior to service.