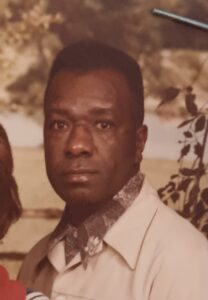 John was born Apr. 18, 1935 to James and Janie Menifee in Union Springs, AL. He was a 1953 Anderson High School graduate and retired from GM. John enjoyed fishing, recycling cans, sitting on the front porch and spending time with family and friends.